THE ROTARY CLUB OF THIMPHU 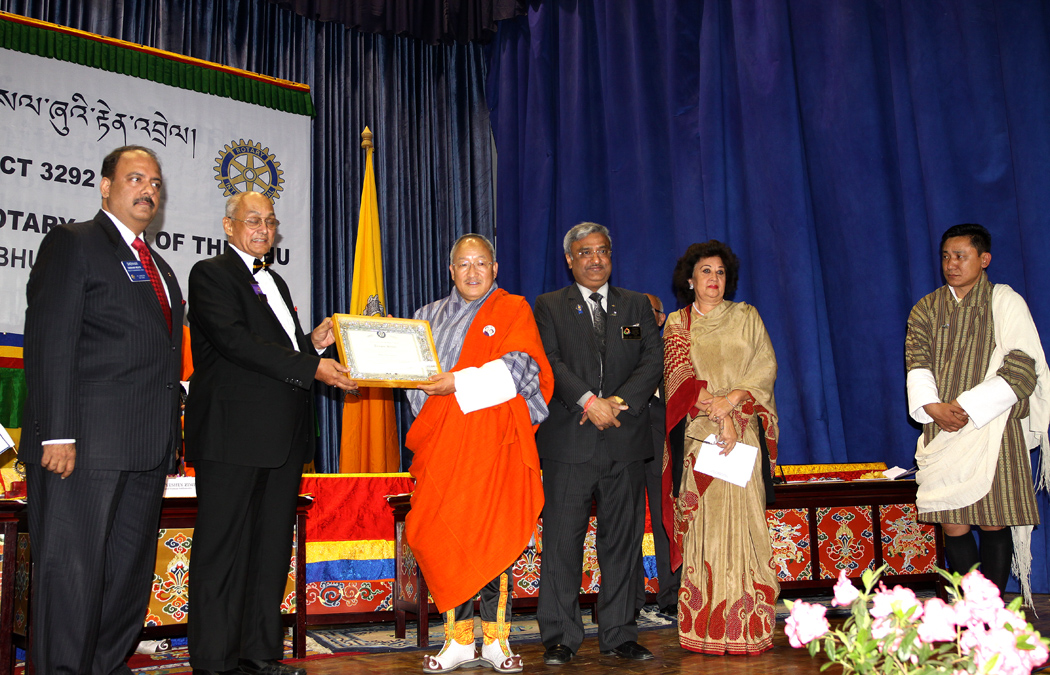 THE ROTARY CLUB OF THIMPHU

The Rotary Club of Thimphu (RCT) was established on 24th April, 2012. The celebration of the Charter ceremony and launch of the Club took place on 30th April, 2012 at the Convention Center, Thimphu. The ceremony was presided over by the then Lyonpo Yeshey Zimba as Chief Guest and representative of Honorable Prime Minister of Bhutan.

The establishment of the Rotary Club of Thimphu was initiated and sponsored by the Royal Government of Bhutan. The measure of how important Bhutan is to the Rotary Community around world can be judged by the fact that the Rotary International President himself came to Bhutan, to attend the Charter Ceremony. He and his wife were put up at the Raven House at the Ministers’ Enclave as guests of the Royal Government of Bhutan.

The entire cost of the establishment of the Club, including the hosting of the Rotary dignitaries was borne by the RGoB.

Acknowledging the immense value a Rotary Club can bring to Bhutan in terms of global networking among its 1.2 million members worldwide comprised of the highest in the society, the then Home Minister Lyonpo Minjur Dorji assumed the role of the first Charter President of the Rotary Club of Thimphu. Rotary operates in over 200 countries and geographical areas.

The Rotary Club of Thimphu is a wholly managed, owned and funded Bhutanese Public Benefit Organization (PBO) that is comprised of 100% membership by Bhutanese. The Club does not allow membership to none-nationals.